English translation of a letter from an anarchist internationalist friend who fought in Serekaniye. In it, she gives a vibrant testimony about the Serekaniye fight and encourages us all to continue to stand up everywhere in the world:

To my sisters and comrades

I believe that it is now important that our voices from Rojava, from the heart of this struggle, are heard. A struggle for life, for a dignified existence, for a genuine democracy and for the freedom of all women.

I would like to tell you what the Serêkaniyê resistance was like, what the beginning was like, what the end was like and also what happened in between. Serêkaniyê is currently in the hands of jihadist gangs supported by Turkey, with the agreement of the United States. At one point they said that there would be a five-day ceasefire… We did not believe it for a second. And so it was – the attacks did not stop, perhaps they were reduced, but they continued to attack us with heavy artillery, bombardments and planes. If there are bombardments, there is very little that can be done; hide behind a tree and hope they haven’t seen you running or discovered your place.

The five days of the supposed cease-fire were indeed crucial for the United States and Turkey to redefine the conflict, to redirect the situation of war, confrontation and resistance to our forced withdrawal, which nobody had expected. Nobody could believe it, after eleven days of resistance, beautiful and very hard at the same time, leaving the city. The Turkish invasion of Serêkaniyê had begun a few days earlier, on 8 October, with a bombing of our military posts, which was not answered in order not to unleash what happened later anyway. It was an attempt by the friends to protect the population and society. But the next day, at 3 pm to 4 pm, there was another bombing of one of the stations of YPG, where five friends fell, and from then on they bombed the whole border.

The first days were very chaotic. We tried to keep a clear head and stay calm and prepare for the invasion. The last months of preparations made sense, it became reality. Besides all the fears of realizing what war means, the courage to make a decision and at the same time there are the doubts that everything would be silenced, that nobody in the world would know about this barbarism.

When the war arrives, it is a distant war, with many unpredictable bombardments that you only hear at the last moment. When the bombs fall, they fall, when it happens, it happens. After days one learns to recognize them and at the same time the wounded begin to arrive, with the feelings that they arouse in us; sadness on the one hand because the war machine is monstrous, and on the other hand the strength to fight also for them.

All the defence units that were already here and that arrived when the Turkish attack intensified, kept the city safe despite the movements of the jihadist gangs and allowed the transfer of the wounded to the city of Til Temir. Until Turkey cut off this road and it was no longer possible to bring them there.

That was very hard for all of us, because we could not give them the necessary medical care. Some of them were rapidly deteriorating and a friend died waiting for medical treatment. And more anger reached our hearts. The more attacks came, the more courage we had. At the same time we were aware that we were dealing with the second largest NATO army and if we fell, who would tell this story of barbarism and resistance? We protected the city with the thought of dealing with all the consequences and no one expected us to leave the city as we left it. In our conversations, in moments of pause, we were all determined and convinced that Serêkaniyê belonged to us and would remain. It was incredible for me to have these friends by my side, to see how they fight, to learn from them, because their struggle comes from the heart and when they were injured, they just wanted a bandage, medicine and back to the front. These people fight for life. Because they believe in the revolution and this faith is such a strong value that I have never felt it with such intensity before.

Serêkaniyê had seen war before and perhaps that is why our retreat was so hard.

Now we are in other places. Because the war is not over yet, there is much to lose and much to win. It is our task to defend the resistance, to make it public, to continue to fight as you all do here and there. In Serêkaniyê nobody has stopped until today, nobody has sat down, the struggle and the life go on. We must not forget that every step is a step forward, for the martyrs, for the destroyed houses, so that they become beautiful again, like the life they harbor. When we left, I could see the city burning from the window and I could not hold back the tears, I could not bear the bombed outskirts, the ruins. But you know what?

We will win them back and free them and make them even more beautiful, freer and without any trace of this barbarism. We will do it for the displaced mothers and girls, for the martyrs, for the brave friends, for this earth that also produces life under the bombs. On the side of the friends who have been here for many years in the movement, I found the comradeship, the courage and the love to defend the revolution. And just those simple feelings make me believe in the future.

When we left the city with the convoy, we saw the Turkish flag that was already attached to the checkpoint at the entrance to the city, we saw the faces of our enemies who had hid in the buildings until shortly before to shoot us. They went out into the street, gathered on the balconies…

Now we retreated, but we won’t stop, and everyone must know what’s going on here. And I know I shouldn’t thank you for all your solidarity, because solidarity is part of us, part of the struggle, but you don’t know what every photo meant, every text you sent us. Everything we could see coming together from thousands of places gave us so much strength. All of you, putting aside your differences and gathering in an unified internationalist solidarity. You must not stop, because this is just the beginning.

It is not only a military operation, but an attempt to destroy a culture, ideas, a dream. As long as there will be tanks or Turkish soldier, we will not stop. It may take years, but we will not allow fascism to go any further. If they want to defeat Rojava, they will meet the hatred of the new generations that they themselves generate. Our struggle will be perpetuated through thousands of generations that will follow the resistance. Let us not stop looking here, the war is not just a few months of conflict, it is something that has consequences that should not be forgotten.

Russia and the troops of Assad are spreading across the territory. The IS is reorganising itself, especially in the Til Temir area, restoring an ideological and military organisation that had never completely disappeared. Many families who went from Serêkaniyê to Til Temir are now again forced to move to Qamişlo or even Başûr (South Kurdistan). The war continues, it is not over yet. The importance of your support is enormous, I would say decisive, and not even so much in terms of propaganda, but in the simple fact that I feel close to you, that feeling that we are not alone, knowing that many people are behind it. Solidarity gives us even more courage.

Our morale is high, we will continue to defend all this, learning at every turn, taking every single friend with us, in every smile, in every drop of sweat, in every moment of loneliness or fear.

It’s all so beautiful and great that I can’t describe it. 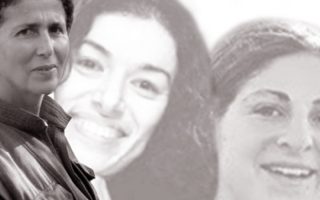 Kongra Star: “We call out for strengthen our struggle and defeat fascism and occupation”