Skip to Content
Home / Publications / Kongra Star: “With the fighting spirit of our friends we continue our resistance!” 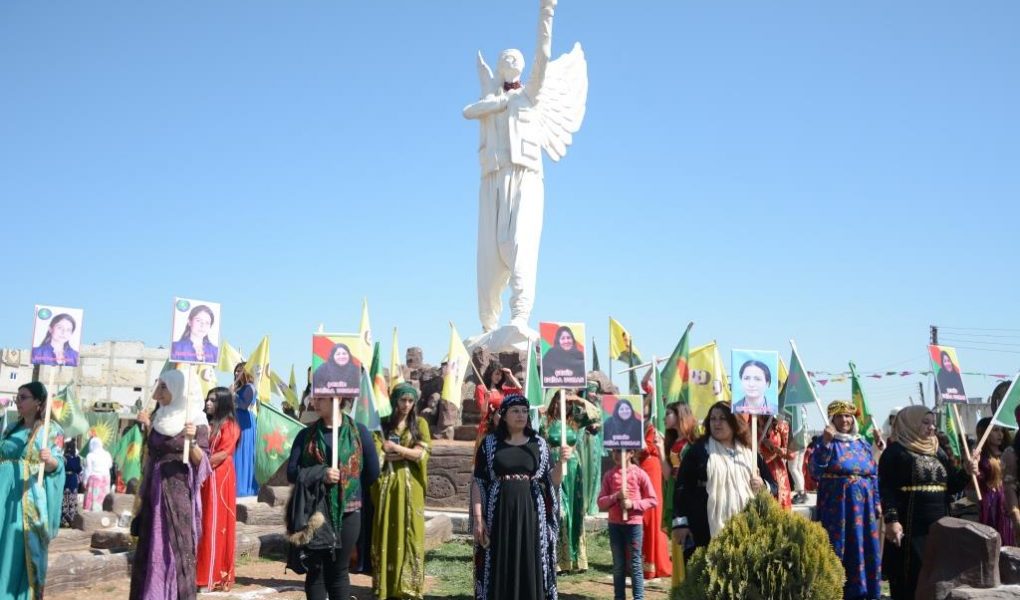 On the occasion of today’s World Kobane Day, the women’s movement Kongra Star publishes the following declaration, confirming the continuation of its resistance and struggle for a free and democratic society:

Today marks the sixth anniversary of the International Day of Solidarity with Kobane, which embodied the spirit of resistance in the personality of Kurdish women in the world. On this occasion we recall all the martyrs who sacrificed their lives to achieve victory, as this occasion is considered a fruit of the historical resistance that has written the highest epics in the battles of dignity that the city of Kobane has fought against ISIS terrorist organisation. Where all the peoples of the world were in solidarity and the world public opinion has united to support Kobane’s resistance, to become thus a symbol for resistance and an icon for peace.

On the day that the whole world celebrates the International Day of Kobane for its victory over the enemy of humanity ISIS, the threat on Kobane continues, and this is due to the resistance of Kobane and its important role in liberating many areas (Girê Spî, Manbij, Raqqa, Tabqa and Deir-er-Zor) and the announcement of formation of the Syrian Democratic Forces, which were joined by women and men from all components of northern and eastern Syria, with this solidarity ISIS supported by the Turkish occupation State, was defeated. So Turkey pledged more attacks on northern and eastern Syria to avenge the defeat of the Islamic State in Kobane by occupying Jarablus, Afrin and recently Serê Kaniyê and Girê Spî, and it is still continuing its threats to occupy the other regions.

In its recent attacks, it also targeted three feminists of our organization with drones, in the village of Helince in Kobane. This attack on women’s rights activists is an attack on society, the women’s movement and the democratic system in Rojava. We also see the goal of revenge from the campaign that is carried out these days in Turkey (Northern Kurdistan) against the politicians of HDP, where more than 20 HDP members have been arrested on charges of terrorism and propaganda for calling to demonstrate in solidarity with Kobane.

In Kongra Star women’s movement, we renew our pledge, with the struggling spirit of our comrades, to continue resistance, because resistance means life. So we have to defend Kobane today as we did back then. Just as the women of Kobane defeated the Islamic State and defended humanity in front of it, the women and peoples of the world should defend Kobane. And the women’s revolution in Rojava should defend the people against the occupation. We assure to the public that the Turkish threat is extremely dangerous towards Kobane and any attack on it will mean reviving the terrorist organization ISIS again and giving it a favorable opportunity to rearrange its loyalists and supporters. 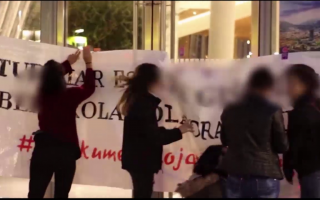 [Video] Women of the Basque Country take action against Iberdrola 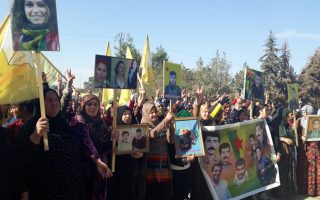 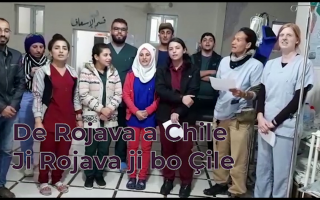