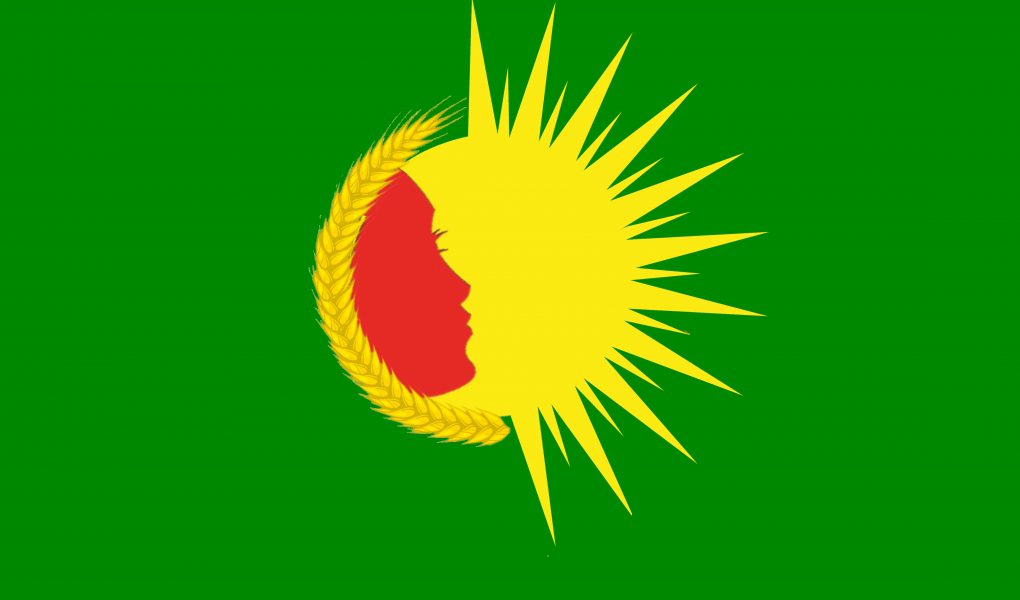 TO OUR PEOPLE – PUBLIC OPINION AND WOMEN

The Turkish state launched attacks on the territory of Rojava-North-East Syria by bombing the village of Mishrafa in the town of Serekani at 16:20 (9th October 2019). Based on initial information we received, there are casualties and martyrs amongst civilians and the SDF forces. It is very likely that the wounded and the martyrs will increase every second we remain silent. Following this attack, fields and mortars were fired on Eyn Isa, Gire Spi, Qamishlo, Tirbespî and Dirbesiye. Currently, the occupying Turkish army continues to use aircraft and howitzers to attack the 460-kilometer area between Derik-Grespi. The Turkish state, which lifted segments of the wall along the border line, is trying to pass gangs from terrorist organizations into Rojava-North-East Syria. Faced with the legitimate defensive resistance of the SDF forces along the entire border line, the Turkish army is currently focusing on air strikes.

The Turkish state is clearly using the excuse of the re-settlement of refugees in Turkey to start an ethnic cleansing operation against the Kurds in this region. This ethnic genocide attempt, to remove the people of different faiths and cultural identities from these lands, is a well-known reality. Despite this, these attacks were launched in front of the world and on the 20th anniversary of the expulsion of the Kurdish leader Abdullah Ocalan from Syria – the start of the international conspiracy on 9th October.  In the face of these inhumane attacks, the ancient peoples living in these lands will fight to the end without giving up the line of resistance and freedom. They have demonstrated this with their peace and resistance tent actions and the human shields they have made in the last few months.  Today, they take their weapons and run to the frontlines.

In North-East Syria, women have been out in the streets for months with the slogan ‘Defend your dignity and land, destroy DAESH and occupation’. Because the values attacked by the Turkish state are the values of women’s revolution. These values were created with blood as thousands fell martyrs fighting ISIS on behalf of humanity and women. Today they have created an island of freedom for the region, Syria and all women in the world. Women can achieve their intellectual, physical and spiritual development on this island of freedom. The Turkish state, with its millennial tradition, is attacking women on this island of freedom with a dominant patriarchal mentality, which does not recognize women beyond a philosophy that sees women as a concubine or prostitute or slave spouse. The aim is to destroy the free society that will develop under the leadership of free women.

For these reasons, we call on all women of the world to protect and expand this island of freedom, which has been created through great sacrifices for all of us. We call on women from all over the world to develop activities everywhere under the campaign ‘Women Defend Rojava’. Turkey wants fascism to mark the first quarter of the 21st century. The fascist attacks of the Turkish state constantly ruin the chances of the people of the Middle East living together. At the same time, it is attempting to stop the Middle East from achieving its revolutionary potential and the unification of the values of freedom and democracy between the people of the world.  Of course, we know that the fascist Turkish state is supported by reactionary states and NATO states. For this reason, we call on all the democratic, socialist, revolutionary, feminist, anarchist and ecological movements living in the Middle East, Europe, USA, Latin America, Asia, Africa and all over the world to defeat the fascism imposed by the Turkish state with resistance.  We call on all those defending the rights of humanity to stand up and join our resistance to stop the invasion and genocidal operation initiated by the fascist Turkish state with the support and approval of world hegemonic forces.

The memories and values of women involved in revolutions and anti-fascist resistances in Spain, Palestine, Russia, Vietnam, China, Cuba, Algeria, Mexico and countless countries, were brought back to life with the YPJ fighters defeating ISIS’s fascism in Kobane. Women resisted till the end in Efrîn for the same values. Today, the common resistance of women and peoples of the world can stop the fascist Turkish state. We urge all women of the world to unite their voices, actions and energy with that of ours, and to lead the common struggle of the people.

We call on those opposing fascism to increase their actions and put pressure on the UN and NATO states to stop the Turkish state occupying our lands in North-eastern Syria and attempting a genocide against the Kurds. We also urge politicians, institutions and governments wanting to help us to demonstrate their democratic reactions in more determined and effective manners.

Meaning of şehîd culture and women