Skip to Content
Home / Publications / Interview on the Kongra Star campaign “She did not kill herself, you killed her”

Kongra Star from the Euphrates region and Sara organization, who work for ending violence against women, started a campaign last august named “She didn’t kill herself, you killed her” to create awareness about women’s suicide and the reasons underpinning them. We spoke with Rewșen Haçim, member of the coordination of Kongra Star, about this topic.

What is this campaign about?

This campaing is about women’s suicides, after lots of situations that happened in Kobane after the new year. In the campaign lots of things were done. One thing was a statement where we condemned these situations, another was the releasing of photos of those women who committed suicide and women who were killed in the name of honor. Big photos of them were hung on major roads.

In the beginning of the campaign we made a meeting here with women from political parties, and from women’s organizations in Kobane such as the Sara organisation, the women’s coordination in the Autonomous Administration, Kongra Star, and human rights organisations. We submitted proposals to the legislative council to add an article in the penal law in accordance with the laws of the Autonomous Administration to investigate who is the responsible for these suicides.

For example, has some someone affected the victim psychologically? Insulted her, beat her physically, or even brought her to the level of thinking about suicide? Whoever he was: the father, the husband, the son or the brother. The proposal that we make is that the cause must be known and there must be a penalty like imprisoning the person or people responsible for one to ten years.

Lots of situations of suicide are happening. If we ask for the reason, people respond that they did not influence her, the person responsible stays 20 days in jail and then go free.

Now we have a women’s coordination: political parties like the PYD, the women’s committee, Kongra Star, and Tev-Dem are in this coordination. They gave their viewpoints together one viewpoint was debriefed and in one hour it was spread.

To make the community more aware and to make them know more about such situations, we will publish information on social media about the situation of women who are killed without reason under the name of suicide, honor, or culture and tradition. We must take action for the public opinion and the whole world. The whole society must realise that women do not kill themselves if there is not a convincing reason. 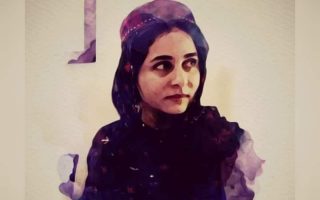 In memory of Karima Baloch and in the struggle against political femicide: let us together make 2021 the year of women’s revolution! 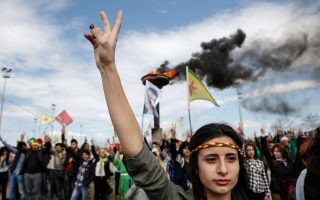 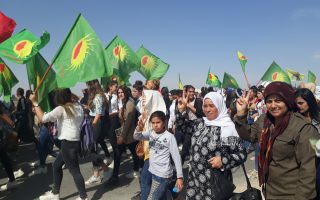