The 23rd anniversary of the international conspiracy against Abdullah Öcalan, the international vanguard and leader of the Kurdish people, is approaching. The conspiracy that began after his departure from Syria on 9 October and ended with his arrest on 15 February 1999, when the Turkish secret service, with the support of the Gladio organisation, kidnapped him from the Kenyan capital Nairobi. With a long campaign of persecution by the Turkish state and the complicity of the Kenyan authorities as well as the Greek embassy, he was taken by the Turkish state from Nairobi, where he was promised two weeks of asylum, to an unknown location. Pressure from the Turkish state led to Öcalan’s departure from Syria in 1998 and would later also lead to the signing of the infamous Adana Agreement between Turkey and Syria, which Recep Tayyip Erdogan still uses as a pretext for his interventions in northern and eastern Syria.

The kidnapping plot against Öcalan was nothing more than one stage in a series of conspiracies against the societies of the region in general and the Kurdish population in particular. These started with the Sykes-Picot Agreement in 1916, which was followed by other agreements. The abduction of Abdullah Öcalan fundamentally violates international conventions and laws, especially the principles of the Universal Declaration of Human Rights of 1948 and the International Covenant on Civil and Political Rights, because Abdullah Öcalan represents the will of millions of Kurds and other peoples who long for freedom, coexistence and peace.

With repeated emphasis, we vehemently condemn the international conspiracy and isolation imposed on Abdullah Öcalan and affirm that we will continue our struggle guided by his thinking and philosophy. We make it clear once again that there can be no freedom for the Kurdish people and the other societies of the Middle East without freedom for Öcalan.

We call on all democratic forces and personalities, all worldwide human rights institutions and all those who work for peace in the Middle East and the world to stand up for Öcalan’s release and to do everything necessary for his freedom. Human conscience cannot continue to tolerate that the foundations of philosophy and science are imprisoned far away from society and democracy for much longer. Society in the Middle East must now achieve democracy. In this regard, we welcome the resistance of all fighters who follow Öcalan’s example in rejecting his isolation, which has been imposed on him and violates the most basic human rights and international agreements. We call on all people working for peace worldwide to intensify their peaceful struggle to end the isolation of Öcalan, the philosopher of the democratic nation.

As the coordination of the women’s movement Kongra Star, which is one of the results of Öcalan’s thinking, we know very well that the international conspiracy against him did not only target Öcalan’s will and personality, but the will of the whole Kurdish people and other free societies, but especially the will of free women all over the world.

Öcalan gave strength not only to Kurdish women but also to Syrian, Arab, Armenian and all other women in the Middle East by reading his writings and following his ideas. He gave women the will and strength to reclaim their stolen rights. We appeal to the Human Rights Council within the United Nations Commission, to Amnesty International, to the European Union and the European Court of Human Rights to intervene quickly and put pressure on the Turkish state to release Abdullah Öcalan.

No to the plot of 15 February! 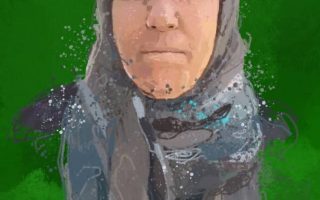