Skip to Content
Home / Publications / Call for women’s solidarity with women in North an East Syria. 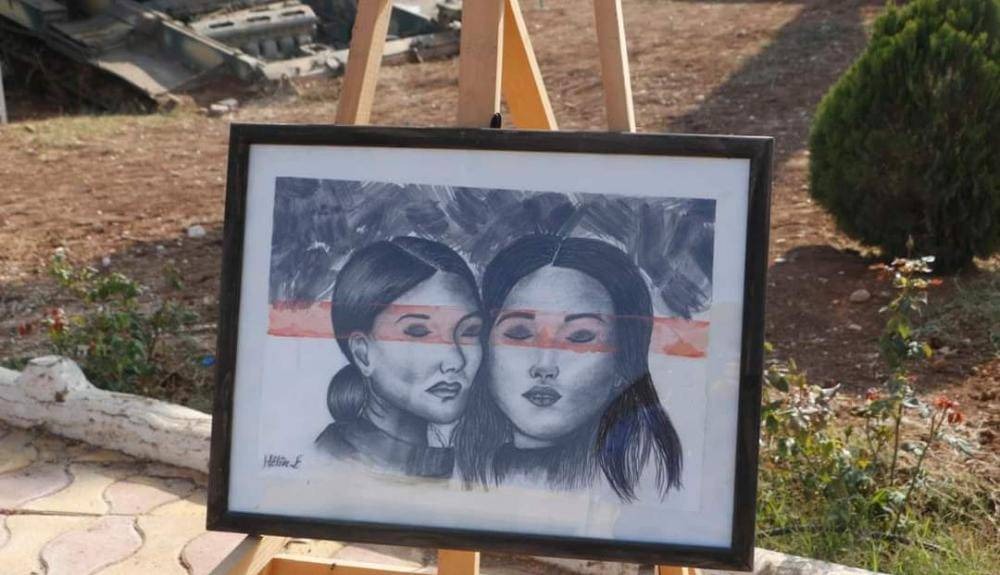 We, Kongra Star, the women’s confederation in Rojava and North and East Syria, greet the members of the UN Women organization. The 25th November, International Day for the Elimination of Violence Against Women, women around the world will organise and raise attention and denounced all forms of violence women suffer in their life. As women of NE Syria, we are concerned about the situation of womenin a region in a state of continuous war (whether military, economic, ecological or psychological). Therefore, on the occasion of the international day against violence against women, we write to you this letter.

The region is threatened by a further invasion attack by the Turkish state and is under continuous aggression. The region and its inhabitants have been resisting for years against the Turkish state and its jihadist militias. This instability and ongoing attacks have a grievous impact on women’s lives, the lives of children, and human rights in the region, as we have recently seen with the occupations of Afrin, Girê Spî and Serêkaniyê and more recently the attack by drones in Kobane, Qamishlo and the region of Heseke.

Turkey and its jihadist militias continuously violate international and humanitarian laws. Looting, plundering, vandalizing, demolishing houses, kidnapping, torture, inhuman treatment, arbitrary arrests but as well use of chemical weapons, violent crimes, forced demographic change, feminicide and other gender based violence have become the daily life of the populations of the occupied territories. Women are arrested or kidnapped sent to the prisons of Turkey’s mercenaries where they are subjected to all forms of violence: beatings, torture, “virginity” tests, rape or the publication of photos or videos showing them being abused are common in these prisons. But in the occupied areas in general, women are also victims of direct killings or driven to death, seeing no alternative but suicide.

In NE Syria, women are also the target of the Turkish State. In October 2019, Çiçek Kobanê a Syrian citizin and a member of the Women’s Defense Units (YPJ), captured by the jihadist militias and deported to Turkey, was sentenced to life imprisonment by the Turkish Criminal Court. On October 12, 2019, Hevrin Khalaf, the Secretary General of the Syrian Future Party, was killed by the Turkish-backed Ahrar al-Sharqiya near the M4 highway during the Turkish offensive in NE Syria. On October 13, 2019, Kongra Star member Aqide Osman and 14 other civilians were bombed by Turkish warplanes in a civilian convoy on its way to Serekaniye to protest the invasion. On June 23, 2020, three members of Kongra Star Hebûn Mele Xelil, Emîna Waysî and Zerha Berkel were murdered by a drone strike in Halince village in Kobanê. On August 19, 2021, Sosin Mihemed, a member of the military councils of the Syrian Democratic Forces (SDF) was assassinated by a Turkish drone strike. This are just some exampels.

The constant threat and attack impact greatly the life of the population which put women in great danger. In addition to jihadist mercenary groups, ISIS cells are still active. The world was shocked by the grave violations against women held by the ISIS gangs but sit silence while the women of the occupied region are facing sexual assault, violence, torture, abductions and murder. The world cannot plead ignorance. Many reports, aricles, calls exist descibing the situation, a reminiscent of the darkest periods the women had to face under the occupation of ISIS gangs.

As all women’s organisation working for the liberation of women, the women and the society work every day of the year, giving all their energy to protect women from violence and to create a society where everyone (regardless of age, gender, ethnicity, religion, disability…) can live in peace and security. Our commitment, our struggle will never stop, but to do our work, the war and the occupation must stop.

We turn to you as the United Nations main role is to « preserve international peace and security by taking effective collective measures for the prevention and removal of threats to the peace, and for the suppression of acts of aggression or other breaches of the peace… ». In this context, the support by UN Women is essential and that is why we are calling on you to exert pressure on the international community: 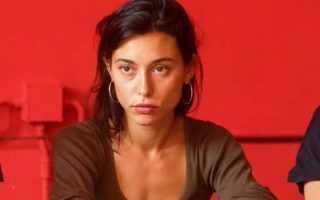 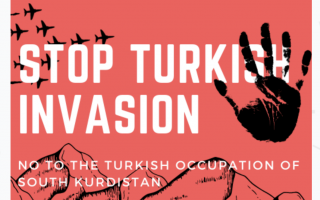 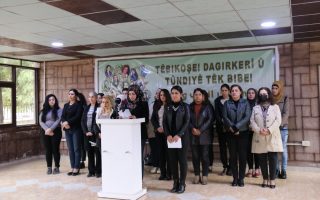 Statement for the 25th of November