Skip to Content
Home / Publications / Stop the Turkish war of occupation in Kurdistan!

Throughout Kurdistan, the situation is currently escalating and the Turkish war is intensifying immensely. Time and again it has been announced that Erdoğan could expand his war of occupation in the shadow of the war in Ukraine. Where the war in Kurdistan was already taking place before everyone’s eyes anyway, but nevertheless undisturbed, there is now a total lack of attention. Following the recent publication of plans for a new major offensive, the Turkish state has now launched its air and ground attacks against civilians and the guerilla in the Medya defence areas in Southern Kurdistan through artillery, bombardments and fighter jets on the night of April 17. Turkey’s large-scale invasion in collaboration with the PDK in Southern Kurdistan (Northern Iraq) has been in sight for a long time and has now begun. On Friday, April 15, the Prime Minister of the PDK party ruling in Southern Kurdistan met with Erdoğan and the head of the Turkish intelligence service MİT. Now it is reported that Turkish war planes are taking off from military bases in Southern Kurdistan, which only further confirms the cooperation of the Turkish state and the PDK. Together with Turkey’s war, a long feared internal Kurdish war is now looming.

Meanwhile, the attacks in Northeastern Syria are intensifying. The Turkish army is attacking the community of Zirgan and villages in the mainly Christian region of Til Temir with massive artillery attacks. Numerous homes and other buildings, such as the church in the Assyrian village of Til Tawil, have already been destroyed as a result and drones are still flying over the region.

Parallel to the renewed Turkish military offensive in Southern Kurdistan and the intensified attacks on Northeastern Syria, the situation in Şengal is also escalating. The Iraqi army has attacked several positions of the local Ezidi defence forces and fierce fighting has ensued. The people of Şengal, where IS committed a genocide in August 2014, killing tens of thousands of Ezidis and enslaving women and children, are now facing renewed danger. With the construction of a 250-kilometre long wall along the border with Rojava and the reinforcement of Iraqi military bases in the region, the situation there is also coming to a head.

In Turkey itself, the Erdogan regime continues its fascist policies. Civil society associations, such as the platform “We will stop femicides”, which does public relations work against femicide in Turkey and accompanies women experiencing violence during trials, are to be banned. In Turkish prisons, isolation and systematic torture, including fatalities, are daily realities for political prisoners. Nevertheless, the international community remains silent about all this, supports and approves the attacks and once again makes itself complicit in the fascist policy and Turkey‘s war, which is against international law.

However, we will not remain silent! The achievements of the revolution in Kurdistan, which places the liberation of women at the centre of its struggles, is a thorn in the side of the authorities. It is our responsibility to oppose this war and to defend the women’s revolution wherever we are. We oppose the Turkish war! We know that we have the power to stop this war and to change the world with our common struggle for dignity. We stand side by side with the people of Kurdistan and their right to self-determination! Defending Kurdistan means becoming aware of the responsibility here. Let’s make resistance visible everywhere!

Therefore, we as Women Defend Rojava call for action against colonialism, fascism, patriarchy and femicide and all forms of oppression. Let us protest in creative forms and actions, take our resistance against the Turkish war of occupation to the public and fight together for a life in dignity and freedom! There are many ways to draw attention to the Turkey‘s war, be it on social media platforms, through banners, solidarity photos in defence of Kurdistan, distribution of flyers or other actions in public spaces. Join the call and share it!

It is time to get active against this war, to resist and to take to the streets and squares with our feminist protest! Together we defend the women’s revolution! Stand against the war in Kurdistan! Stand for a world in which all people can live together in solidarity and equality! 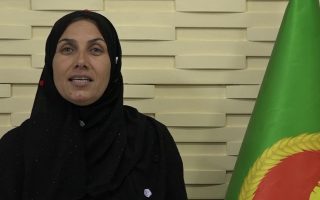 Fact Sheet: Kobanê – Why Turkey Is Attacking The Symbol Of Resistance