Skip to Content
Home / Publications / On the ten year anniversary of the women’s revolution, we will defend our achievements, and we will multiply them! 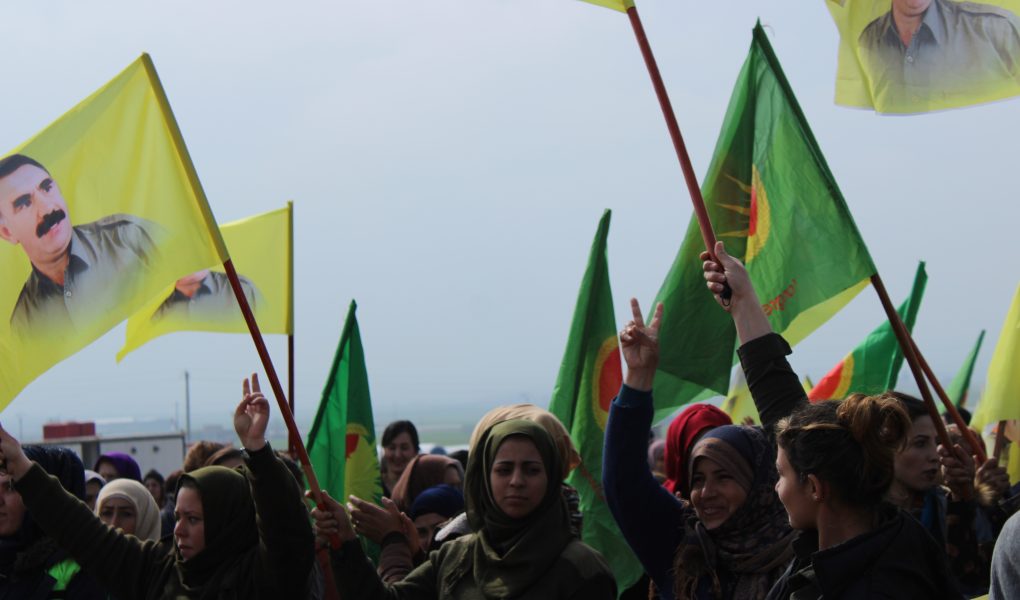 We begin by celebrating the tenth anniversary of the women’s revolution of Rojava, which has shone like a beacon across the world: to the Kurdish people, to all progressive forces of humanity, and to women everywhere. We salute everyone who has played their part, given their all and and in some cases their lives to defend and to nourish this revolution, from the historic Kobane resistance until today. We honour and thank all our martyrs, who died to give new life a chance, who thwarted the attacks of those who would suffocate our revolution and condemn the people to darkness. Once again we swear that we will give everything to protect what they achieved and what they believed in. We will make the free life they dreamt of into a reality.

What is it that makes the Rojava revolution, born 10 years ago on the 19th of July in Kobane, a women’s revolution? Why do we call it a women’s revolution? Women have always played a leading role in every aspect of the revolution. The YPJ (Women’s Defence Forces), with commitment and courage, have stepped up to lead the resistance against ISIS and the Turkish state. They’ve shown the world what the organised power of women can do. From all corners of the world, women have traveled to Rojava, where the battle for humanity’s soul is fought, and taken their place in the ranks of the YPJ. They gave their lives to protect this revolution, because it stands for the values we all share. We remember our martyrs with the greatest respect: from Arîn Mîrkan to Anna Campbell, from Ivana Hoffman to Avesta Xabûr.

It is beyond a doubt that the leading role women have played in revolutionary struggles has a special significance. But since 1789, no other revolution has emerged as a women’s revolution before all else. So what is different about the Rojava revolution? What has it achieved for the women of Kurdistan, the Middle East, and across the world over the last 10 years? Before all else, women in the revolution have always been autonomously self organised, which changes the way they relate to the revolution. This is how it’s been made a women’s revolution, in the dialectic mix of autonomy, organisation, and freedom itself. Because instead of fighting alone, women have come together in new forms of organised autonomy, they have been able to be the subject of radical change. Women have created their own systems in the revolutionary process. The concrete reality of revolution has shown us that women’s confederalism and its mechanisms can be the foundation of a system for everyone, based on democracy, ecology and women’s freedom.

This means that within mixed gender organising, women’s independent organising is a key strategic issue. In the current political climate, women’s participation and autonomous organising has a key role to play in in decision making, politics, self defence and social issues. Our women’s revolution has put into practice concrete organisational principles of equality and freedom.

The revolution hasn’t just focused on political issues and self management. Whilst creating a whole new democratic system, the Rojava revolution has driven social change and transformation. Women’s collective organised power is a sign of this transformation. This is how the revolution expresses women’s innate power and potential. We have seen the immense impact of women’s agency in solving social problems and developing a democratic system.

The revolution of the 19th of July has been the midwife of sociological transformation and a driving force for change and transformation. In the Rojava revolution of North and East Syria, women have liberated themselves from conservative and backwards customs, set the agenda for social change, and taken a central role in society and politics. The co-chair system guarantees equal representation. This system doesn’t just mean redistribution of dominance between two genders; it has birthed a whole new political culture. This is how women who are organised are setting an example in politics and democracy.

The political moment arrived. Women brought their own way of understanding and struggle, and spread it into the political environment. With the YPJ as the vanguard, organising for resistance, women have shown the necessity of self-defence to everyone who stands up against oppression. They have shown that self-defence is not only something we should organise when under attack or at war, but is a whole way of life and should be organised as such. Just like any being, when people, especially women, unleash their true nature and their innate protective capacities in order to liberate life, something remarkable happens. The Rojava revolution of the 19th July achieved what it did with women in the forefront, in time it has become the revolution of all women, of the middle east, and later the world. The cry of “Jin, Jiyan, Azadi!” [Women, Life, Freedom!] has echoed out from Rojava and been heard across the globe. What began in North and East Syria has been embraced by women worldwide. The revolution has become a source of inspiration for women’s movements everywhere.

The quest to create a network where it is possible to exchange methodologies and practice of global women’s struggle, with a theoretical and practical framework, has created a new mentality and understanding of the world. This needs to be put into pratice on the ground, amongst the Kurdish people. Revolution is not an event, it is an ongoing process. The revolutionary process we are living through began long before it was announced with the declaration of self-goverment in Kobane on the 19th July 2012. 30 years prior to this, the Kurdistan Freedom Movement was laying the groundwork for self defence, socially and politically. Thanks to the work of Abdullah Öcalan, Rojava society, in particular the women of Rojava, became organised and ready to be the driving force of the revolution. The revolution didn’t fall from the sky. It was build on the blood, sweat, tears and years of effort.

The revolution is not complete. Existential issues and problems of liberation are still before us. On the one hand, the fascist Turkish state is still sending its barbaric forces to occupy and choke the life from the revolution. On the other, we are still facing grave attacks on society itself.

Revolution is a process of creation, we are still at the beginning of this process. To wash our democratic systems clean of oppression, every moment is a struggle. Every day and every hour we intensify our efforts to create a democratic process in our society, where every individual can take ownership and help build the revolution. We must overcome mentality of the dominant male and gender oppression in society!

As women we have achieved a huge victory in the process of creating the revolution in Rojava. Now we need to struggle ever harder against male supremacy and sexism, to protect and build on the gains of the last 10 years. At present we see a huge backlash across the world against the progress women have made. The situation in Kurdistan is no different. Feminicides did not just happen at the hands of ISIS- they take place daily across the towns of North and East Syria under the yoke of Turkish occupation. Further, we must continue the struggle against sexist attitudes to the women’s revolution within society in Rojava. On the tenth anniversary of the the revolution, it’s time to redouble our efforts to resist all attacks, whether military, political, ideological or economic.

As Kongra Star, we are part of both a local and a global struggle. We draw our strength from the freedom struggle and solidarity from women across the world. In turn our experiments and successes have become a source of inspiration.

We want to take the opportunity of the anniversary of the revolution to explore the connection created within universal dialtectical processes more deeply. Our goal is to make the 21st century the era of women’s revolution. This means we urgently need to unite all attempts at struggle, all efforts made for people and society at the local and the global level, in order to combine forces and create a phase of shared organising.

The Kudistan Women’s Movement has proposed Worldwide Women’s Confederalism as a systematic way to answer the need for a united struggle. In such a confederal system, local branches of the women’s organising can be empowered, while concurrently developing global co-operation. We believe we can be at the forefront of creating such a system!

As we greet the tenth anniversary of the revolution, the region of North and East Syria and it’s peoples are once again faced with the threat of occupation from the Turkish state. International powers are waving them on, whether openly or behind closed doors. As Kongra Star, we know that our greatest weapon against any attack is the people’s innate power, will, and self defence. İn chorus with the slogan of the Chilean revolution, “The people, united, will never be defeated!” we say there’s no force that can defeat the people organised for a revolutionary people’s war. With women in the lead, we will organise ever better, intensify the revolutionary people’s war, stop occupation in its tracks, and liberate our homes!

We call out to all women, and peoples across the world to put their hearts and souls into solidarity! Defend this revolution that has become a source of fire and inspiration for all humanity, especially women.

This is everyone’s revolution! We stand together against all attacks!

On the ten year anniversary of the women’s revolution, we will defend our achievements, and we will multiply them!

We will stoke the fire that was lit in Kobane! This century will be the era of women’s revolution!

Destroy fascism, and tear down the walls of isolation and torture in Imrali! Break Abdullah Ocalan free, liberate the Kurdish people! 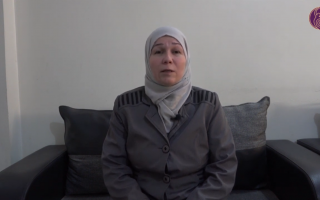 “Beyond 25th November”: To all women who resist fascism and fight for freedom