Skip to Content
Home / Publications / Organizing as a response to femicide

We condemn the femicide of Nagihan Akarsel on October 4 in Suleymaniya as part of a comprehensive extermination strategy.

With the brutal murder of the Jineoloji activist in South Kurdistan, not only another political woman was murdered. It is an attempt to stop a movement that is directed against the destruction of society. Nagihan Akarsel and her life stand for the search for the values that her murderers seek to destroy – for the belief in a free, democratic and ecological life.

The execution of a woman in her familiar surroundings on her way to the library testifies to the great cowardice of her killers. These femicides are meant to intimidate, to stop us, but they are first and foremost, besides all the sadness we feel, the push and the confirmation to continue our path of women’s liberation.

The femicide of Nagihan Akarsel was carried out at a time when women throughout the Middle East, from Kabul to Tehran, from Rojava to Eastern Kurdistan, are rebelling against patriarchy. The patriarchal capitalist system has always responded to these resistances with war, violence and femicide.

Almost weekly, we currently publish statements about women who are arrested, abducted, raped, tortured or murdered. The public is usually silent – an initial outcry is followed by a hurricane of silence. But the example of Jina in Iran also shows us how things can be different, how the outcry can and must be followed by an uprising.

The normality with which the Turkish state deliberately murders activists must be broken. As long as the international community and the governments do not position themselves explicitly against the policy of annihilation against the Kurdish people and the representatives of democratic values, they will remain their allies.

We take up the words for the announcement of the Second International Women‘s Conference, which will take place in November 2022 in Berlin. Even if the states try to make invisible the main contradiction of the 21st century – that is, the question of women’s liberation – we know that there are other ways than those presented to us as alternatives by the state. Because the contradiction that defines the current age is the struggle against the colonization of women.

And this struggle continues for us to find a common way to join our strengths, to strengthen the democratic values of the societies and to build a free life for all.

We will leave our homes when we want to, wear our hair as we see fit, live our language and culture as we have fought for, and build the future so that it is dignified of a human life.

Our organizing is the answer to the femicides we experience. And the conference in Berlin on November 5-6 is another step towards a World Democratic Women‘s Confederalism that makes visible the colors of all people and unites us instead of dividing us.

The memory of Nagihan Akarsel, like that of many other women friends and comrades, will accompany and strengthen us at this conference and on every other day in our daily lives – her beauty and her strength are guidance for us, our grief and anger our motors. 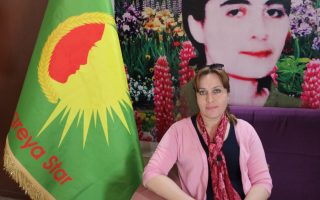 [SELF-DEFENCE 4] “Wherever we are in the world, let us stand up and defend each other!” 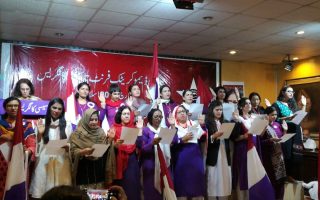 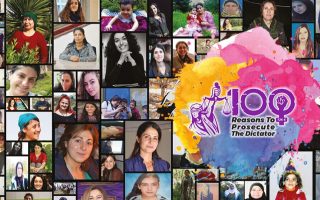