For several days now, the Turkish military has been attacking the Rojava region on a massive scale with warplanes. The Turkish government justifies these attacks by claiming that it is fighting terrorism and that security concerns emanate from Rojava. In this dossier, Kongra Star has summarized what the attacks are about and what the real reasons are for the Turkish government’s war against the Kurds.

Here you can read and download the dossier with background information about the Turkish War Against Rojava/Northern Syria in English and Italian: 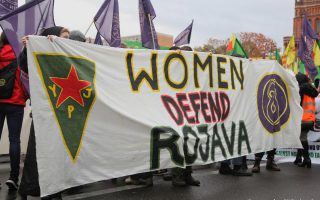 [Video] Song of solidarity for women struggling for freedom