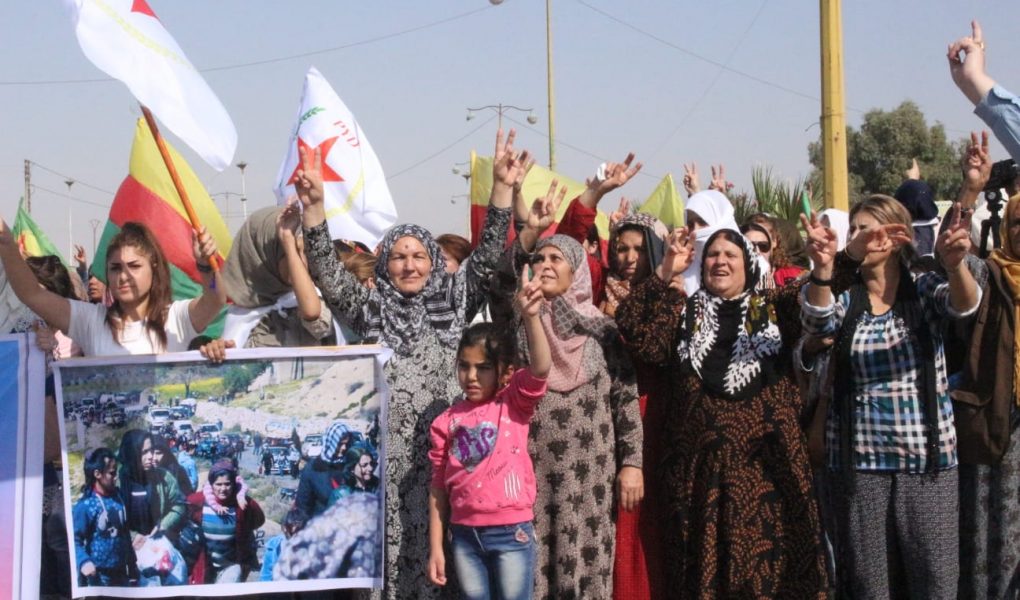 On behalf of the coordinators of the Kongra Star Women’s Movement in Rojava, we congratulate all the peoples of North Eastern Syria, led by the martyrs, the YPJ, the YPG, and all the women of all components on the eighth anniversary of the July 19 revolution which has become a symbol of resistance and the women’s revolution to the Kurdish people and all people in region.

The people of Syria, especially the Kurdish people, have suffered from the policy of marginalization and denial of their identity and culture through the practices of the chauvinistic Ba’ath Party. Therefore, with the beginning of the people’s spring revolution in Tunisia, the fertile ground for the start of the July 19 revolution in Rojava was in response to all the policies of dissolution and denial.

The Kurdish people were eager for freedom and had their democratic project to restore their rights that were taken from them and began the revolution of dignity.

Since the outbreak of this revolution, women have been proactive in their leadership and have been involved in all areas of organizational, political, military, and social work. Women have become pioneers in all activities that have developed within this revolution in order to bring them to a real level, especially in equal representation of the sexes through the joint presidential system. In addition, the great sacrifices that our martyrs made in order to defeat ISIS and resist the occupation, such as Arin, Slava, Warshin, Berivan, Roxan and hundreds of others, are among the finest flowers in this country. The July 19th revolution has imprinted the character of women and in doing so has became a role model for all international forums.

That is why women in northern and eastern Syria have become the target of occupation attacks and the circle of war of all kinds, in order to undermine the gains of this revolution because women represent the main stone in the development and success of this revolution, but women in North Eastern Syria have made a commitment to continue their struggle and escalate their resistance against all possible attacks and it will work to protect the gains of the July 19th revolution with all its strength.

We as a Star organization, in turn appeal to all women’s organizations and movements to work in order to support the women’s revolution in North Eastern Syria.

Occupation of Serekaniye and Gire Spi

On the ten year anniversary of the women’s revolution, we will defend our achievements, and we will multiply them!